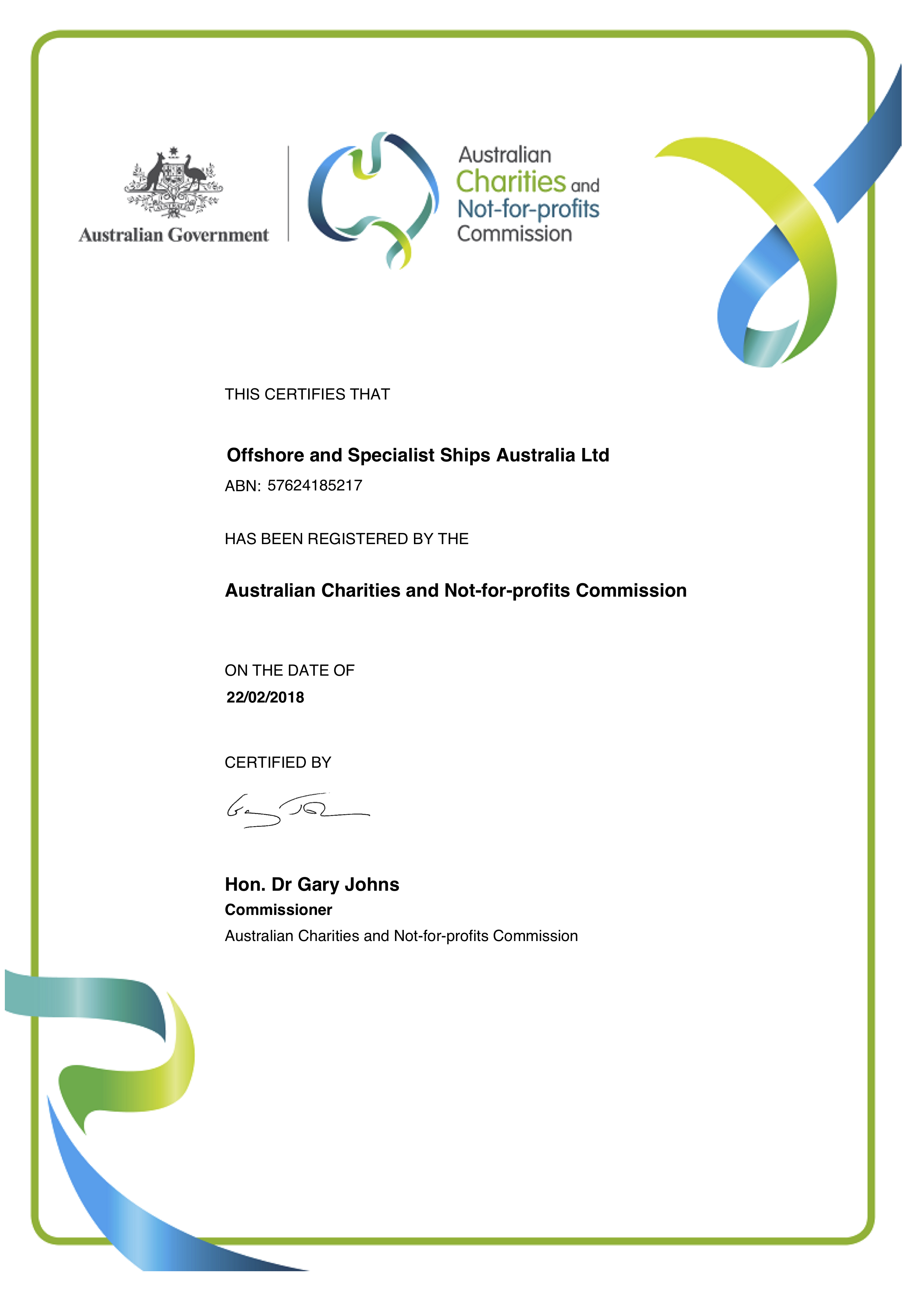 Link to our Constitution:

The name of the Company is Offshore and Specialist Ships Australia Ltd(the company).

The companyis a not-for-profit public companylimited by guarantee which is established to be, and to continue as, a charity.

The liability of members is limited to the amount of the guarantee in clause 4.

Each member must contribute an amount not more than $100 (the guarantee) to the property of the company ifthe company is wound up while the member is a member, or within 12 months after they stop being a member, andthis contribution is required to pay for the:

In this constitution, words and phrases have the meaning set out in clauses 70and 72.

The company’s object is to pursue the following charitable purpose(s):

To acquire, preserve, restore memorabiliahistoric artefacts and documentation of the offshore and specialist ships sector of the Australian Maritime Industry (Artefacts) for the purpose of creating a Museum of Artefacts available to the general public and, pursuant to this object:

A person(as defined in clause 11.2) may apply to become a member of the companyby writing to the secretary stating that they:

Other than initial members, an applicant will become a member when they are entered on the register of members.

A person immediately stops being a member if they:

Each member has one vote.

The companymust have at least 6 directors.

The directors must elect a director as the company’s elected chairperson.

A director stops being a director if they:

The companymay execute a document without using a common seal if the document is signed by:

The directors must comply with their duties as directors under legislation and common law (judge-made law), and with the duties described in governance standard 5 of the regulations made under the ACNC Actwhich are:

not to allow the companyto operate while it is insolvent.

The directors may decide how often, where and when they meet.

A directors’ resolution must be passed by a majority of the votes cast by directors present and entitled to vote on the resolution.

Written notice or any communication under this constitution may be given to the company, the directors or the secretary by:

initial membermeans a person who is named in the application for registration of the company, with their consent, as a proposed member of the company

member presentmeans, in connection with a general meeting, a member presentin person, by representative or by proxy at the venue or venues for the meeting

registered charitymeans a charity that is registered under the ACNC Act

Signed by the Directors